Are you also a December child or would you like to give a present to a loved one whose birthday is in December? Then you can have a look at our birthstone jewellery here.

The topaz belongs to the minerals that can form very large crystals. The blue topaz is found in Brazil, Afghanistan, Algeria and Myanmar. There it is mostly found in magmatic rocks, acid volcanic rocks and river sediments, where it often occurs together with the beryl. The stone is a hard mineral. It is described as infusible and can possibly have cracks.

It is said that the topaz owes its name to the island of Topazus, which lies in the Red Sea. In this case, however, the name is a mistake, since it was actually the olivine that was mined there. This stone was long confused with the topaz. Another interpretation of the origin of the name means translated ‘fire’ or ‘light’.

In biblical writings the topaz is also mentioned, as the ninth of the twelve foundation stones of the city wall of Jerusalem.

And another fun fact: in 1740 the topaz was accidentally mistaken for a diamond and was therefore mistakenly used in the Portuguese crown.

The largest topaz crystal ever found is said to weigh an impressive 2,500 kg and be an entire meter long. 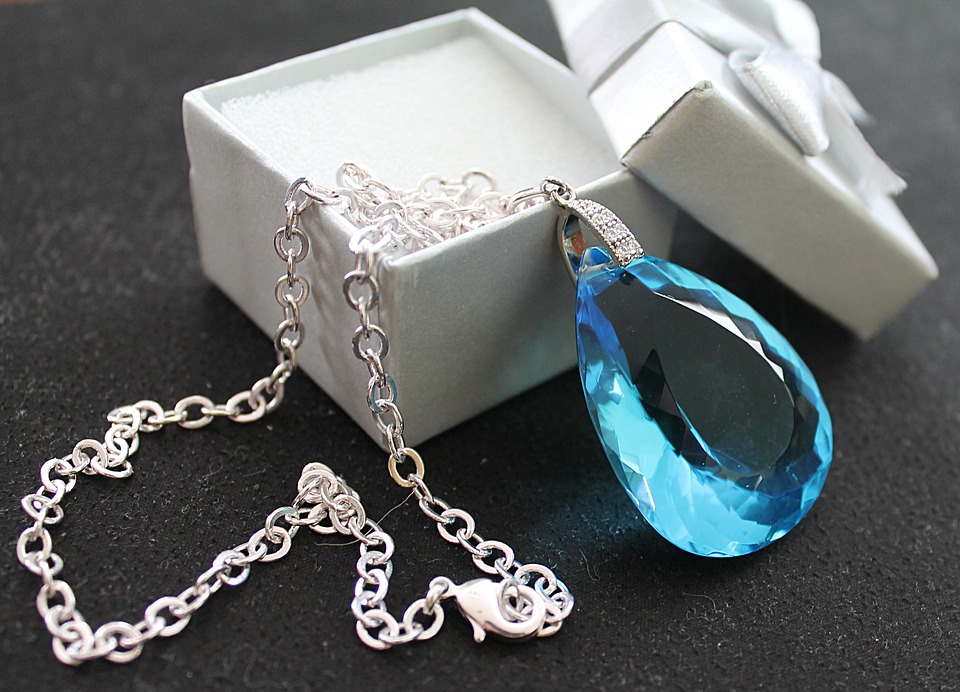 The blue topaz does not only look beautiful, it is also associated with numerous positive effects. It is said to provide a satisfied and happy emotional life and bring people closer to self-realization.In addition, the blue topaz is best known for developing creativity and artistic abilities.

And that's not all. Another healing power is attributed to him. That is, that he also counteracts nervousness and provides relaxation.

Are you as enthusiastic about the December birthstone, the blue topaz, as we are? At Names4ever we have a large number of pieces of jewellery with Swarovski elements in the colour of your birthstone, including the beautiful blue of the blue topaz.